What is the Geneva Convention?
The Geneva Conventions are a set of international treaties agreed to between 1864 and 1949 that establish the standards of international law for humanitarian treatment in case of war. The conventions ensure that warring nations conduct themselves in a humane way with non-combatants such as civilians and medical personnel, as well as with combatants no longer actively engaged in fighting, such as prisoners of war and wounded or sick soldiers. 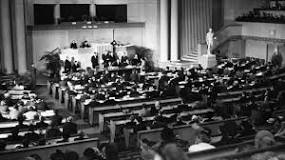 When are the conventions applicable?
The Geneva Conventions apply at times of war and armed conflict to governments who have ratified its terms. The further details of the applicability of the conventions have been explained in the following two common articles:
Common Article 2: Relating to international armed conflicts
– The provisions of the article state that the Geneva Conventions apply to all cases of international conflict, where at least one of the warring nations have ratified the Conventions.
– The Conventions apply to all cases of declared war between signatory nations.
– The Conventions also apply to all cases of armed conflict between two or more signatory nations, even in the absence of a declaration of war.
– They also apply to a signatory nation even if the opposing nation is not a signatory, but only if the opposing nation accepts and applies the provisions of the Conventions.
Common Article 3: Relating to non-international armed conflict
– The provisions of the article state that the certain minimum rules of war apply to armed conflicts where at least one party is not a state.
– It applies to conflicts between the government and rebel forces, or between two rebel forces, or to other conflicts that have all the characteristics of war, whether carried out within the confines of one country or not.
– The provisions of this article state that persons taking no active part in the hostilities, including members of armed forces who have laid down their arms and those overcome by sickness, wounds, detention, or any other cause, shall in all circumstances be treated humanely.