The Royal Swedish Academy of Sciences, Stockholm today announced the winners of Nobel Prize in Physics for the year 2018. 3 scientists Arthur Ashkin (US), Gérard Morou (France), and Donna Strickland ( Canada) won this year’s award for their “inventions in laser physics”.

Ashkin wins half of the prize for his development of “optical tweezers” which have allowed tiny organisms to be handled with light beams. Mourou and Strickland share a quarter of the prize each “for their method of generating high-intensity, ultra-short optical pulses,” the Nobel committee said.
With this award Donna Strickland becomes the 1st woman to win the physics Nobel since Maria Goeppert Mayer (honoured in 1963) for her work on the nuclear shell structure. Strickland is only the third woman in history to win the physics prize.

Donna Theo Strickland (born May 27, 1959) is a Canadian physicist, academic, and Nobel laureate, who is a pioneer in the field of lasers. She is an associate professor in the Physics and Astronomy Department of the University of Waterloo.[1] She is the third woman to win the Nobel Prize in Physics, after Marie Curie and Maria Goeppert-Mayer. Strickland graduated with a Bachelor of Engineering (B.Eng) degree in engineering physics from McMaster University in 1981, and obtained her Doctor of Philosophy (PhD) degree in physics (specialising in optics) at the University of Rochester in 1989. From 1988 to 1991, Strickland was a research associate at the National Research Council of Canada, where she worked with Paul Corkum in the Ultrafast Phenomena Section, which had the distinction at that time of having produced the most powerful short-pulse laser in the world 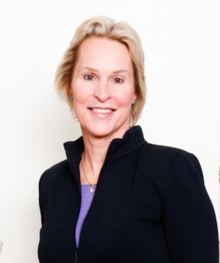 Frances Hamilton Arnold (born July 25, 1956) is an American scientist, engineer and Nobel laureate.[1]. She pioneered methods of directed evolution to create useful biological systems, including enzymes, metabolic pathways, genetic regulatory circuits, and organisms. She is the Linus Pauling Professor of Chemical Engineering, Bio engineering, and Biochemistry at the California Institute of Technology, where she studies evolution and its applications in science, medicine, chemicals and energy. She earned her B.S. in Mechanical and Aerospace Engineering from Princeton University in 1979 and her Ph.D. in Chemical Engineering from the University of California, Berkeley. There, she did her postdoctoral work in biophysical chemistry before moving to Caltech in 1986. Arnold lives in La Cañada Flintridge, California. She was married to James E. Bailey and they had one son James. She was later remarried to Andrew E. Lange and they had two sons, William and Joseph.[4][5]She was diagnosed with breast cancer in 2005 and is a breast cancer survivor.[6]